Because of the extreme conditions in the Arctic animals, birds and plants have had to adapt to many different environments. As the region is made up of different landmasses they have done so in different ways in different places.

How do some of these animals, birds and plants adapt to survive in hostile conditions and a changing world?

Match paws to heads – and learn more about how Arctic species keep their feet warm while walking on snow.

Listen to Arctic Fox specialist Eva Fuglei talk about her work on Svalbard.

I am interested in the Arctic fox because they are so well adapted to live in so harsh climate areas. With their small body size they live side by side with the much larger polar bears. I am doing field work on Svalbard every summer from 1- 21July. The main work is to visit known Arctic fox dens to register reproduction in the den and to count the number of pups in every occupied den. Arctic foxes use the same den over and over again, and the dens are used by new foxes when one of the parents dies. It can be taken over by other foxes then.

It is relatively easy to live and work on Svalbard. Because the Gulf stream is transporting “warm” water up along the western coast of Svalbard it is possible to have a community so far north, at Longyearbyen, where there is an airport and plane almost every day. There are very few roads on Svalbard and no roads between the settlements. My fieldwork on the Arctic fox I do by walking carrying everything I need on a back pack and by using a zodiac or snowmobile to get around to the different localities.

I like to be out in nature observing birds and animals. I really enjoy my job, because it allows me to observe nature when I’m out doing field work. I am able to do my job without disturbing the wildlife and I feel privileged. The most dangerous thing I do is probably to cross glacier rivers and to drive the zodiac in the sea. For sure I carry a rifle as protection against polar bears, but so far I have not had them close during my summer work.

The Arctic fox is the character species in the Arctic roaming the whole Arctic region within its circumpolar distribution. Climate change may result in an increased number of birds reproducing in Svalbard every summer that may result in more food for the Arctic fox. Due to the fact that Arctic foxes now seems to be retreating from the southern part of their circumpolar distribution range the last Arctic foxes on earth may be found on the Arctic Islands around the North Pole when (if?) the sea ice disappears in the future. 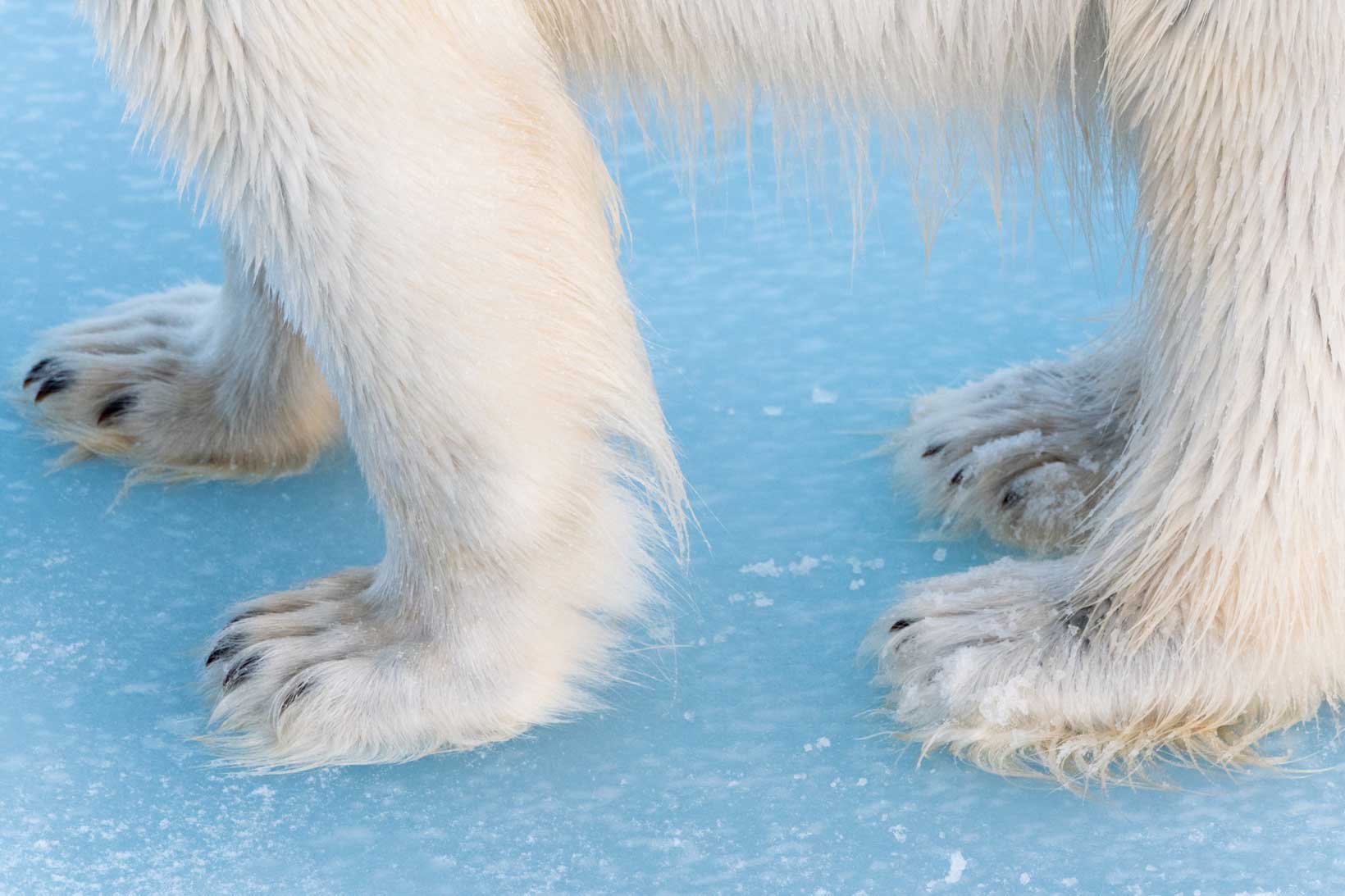 Inuit hunters wear kamiks, boots made of seal or polar bear skin lined with fur. The lining of fur may also help them to walk without a sound on the snow when they hunt. They do not wear snow shoes with their kamiks as they would cause frostbite. Snow shoes are made of light bendy wood and help to spread a person’s weight over a larger area to stop them sinking into the snow. 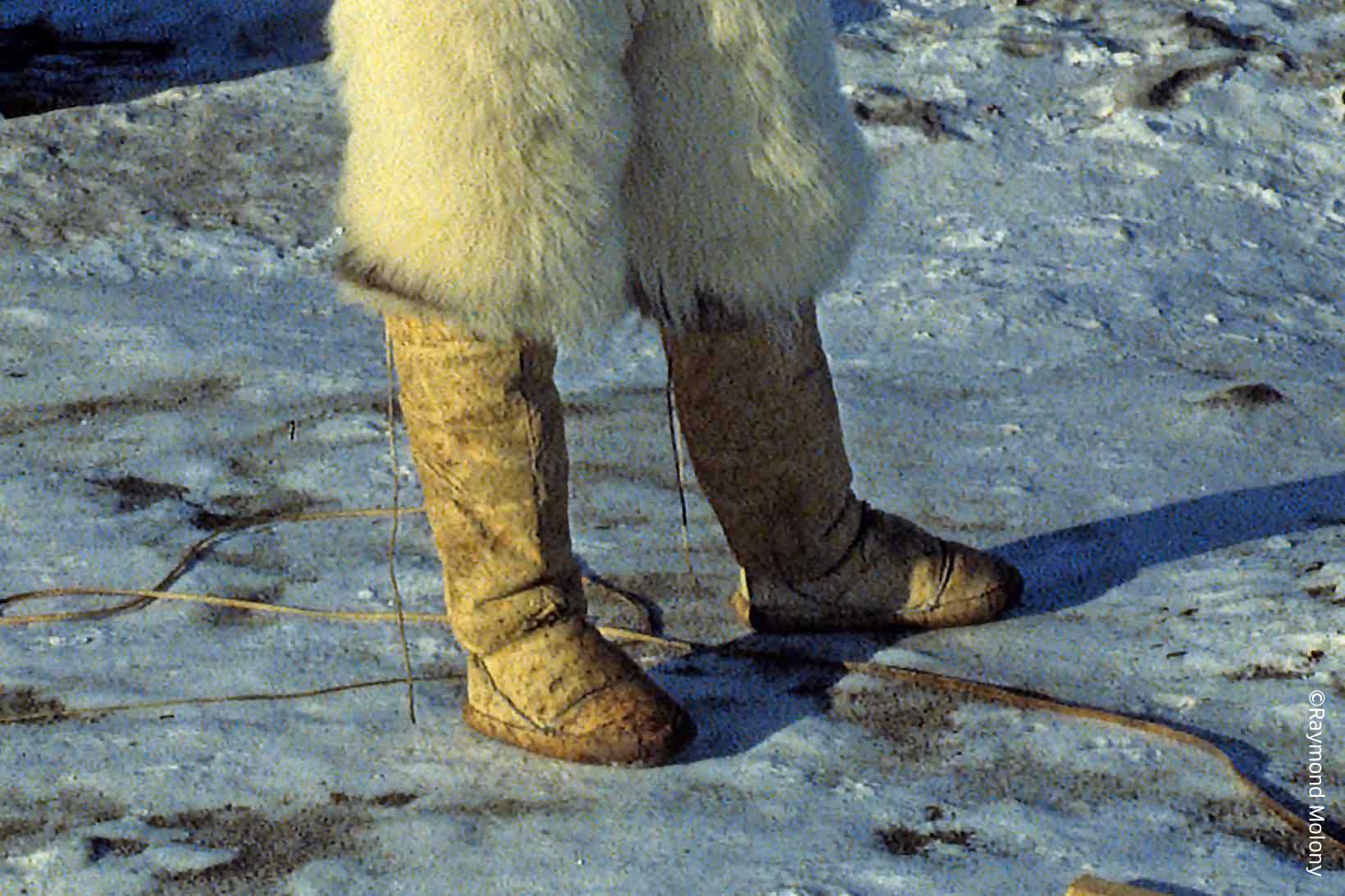 Discovering the Arctic uses cookies to ensure you get the best experience on our website.OKRead more